These guys are old friends. Great songwriters and great people.


Here's the newest tune. It's great in so many ways. Just thought I'd share.

Todd
Posted by Todd, TLGuitars at 11:04 AM No comments: 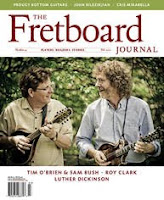 I just noticed that the magazine I write for has just updated and revamped it's website. I was out in Seattle visiting my brother a few months back and while I was there Jason and I spent some time walking the streets of downtown Seattle just to hang out for a while. He told me then that they were going to be redoing the site, "Just because" and that I should be on the look out. Well that was months ago and I am just checking now and man it looks great.

Big ups to the FJ guys for doing it up great... again!!The Fretboard Journal
Posted by Todd, TLGuitars at 12:45 PM No comments: 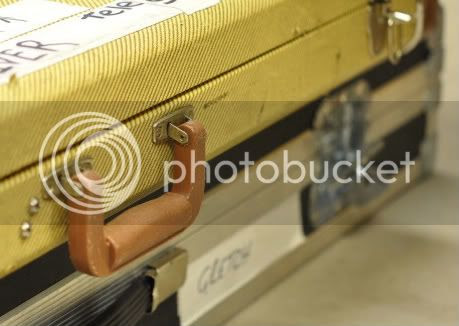 Kismet number two, a couple of weeks ago I get a call and from a referral from some other amazing friends guess who's guitars show up in my shop!
Posted by Todd, TLGuitars at 7:03 PM No comments: 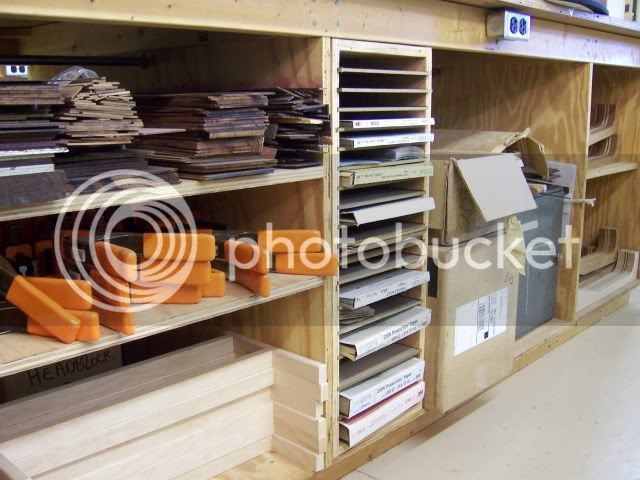 So a couple of weeks ago I was able to help out a local guitarmaker, I spent 2 days doing some simple tasks that required abs and manual labor, and while it was only 2 days I feel like I learned more during that time then I have in quite a while (no offense Bryan G and Sam... you guys are a close second).

The main thing I learned by working hard and watching harder was that I have no finesse in my building. I'm just working step by step, build by build. I need to plan and pre-assist my building the way he does. Build in those "double-check and pre-check steps into my work so I can stay as consistent as his guitars are. His work is the goal and the standard for me and now I know how much I have yet to work on.

While I was in his shop I came to realize that I was doing a step that wouldn't feel impact for 20 steps from the current step. He had FUTURE steps built into his process that I had never thought about. He is way smarter about his work then I have ever been and I need to acclimate to level of "think-it-through."

His is art with purpose.

I was happy to be of assistance to him. It was nice to work hard and really learn and re-strengthen my skills on the few steps I was able to do. It was an honor and I gained a lot from helping. I was happy to help a friend and mentor of sorts... who has put up with me, more then he should.
Posted by Todd, TLGuitars at 6:29 PM 1 comment: 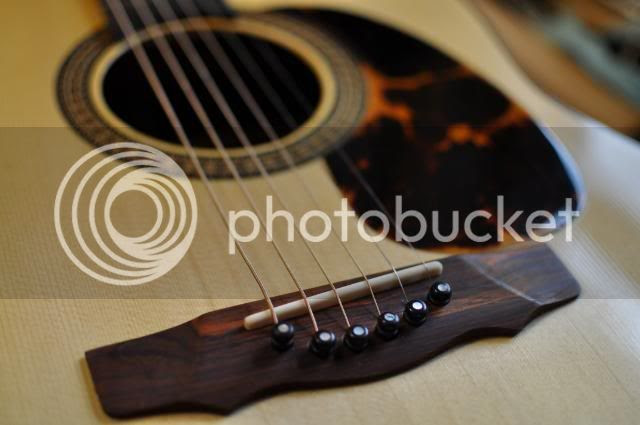 Acoustic Guitar Construction:
10 Class Period Slots plus 2 additional weekend build days TBD.
Students will build a Classic Pennsylvania Style OM, 25.34 scale acoustic guitar from scratch. We will make, thickness, shape, and assemble all parts of the guitar in class. Focus will be on the construction of the box, bracing the top and back, the rosette, the bridge, and the neck.

Electric Guitar Construction:
10 Class Period Slots plus 2 additional weekend build days TBD.
Students will build a Modern, Carved Maple Top, Double Cutaway, 25" scale Electric Guitar from scratch. We will make, thickness, shape, and assemble all parts of the guitar in class. Focus will be on neck to body construction, carving the top, shaping the neck and pre-planning for the wiring scheme.

The Fundamentals of Guitar Design and Jiggery:
5 Class Periods.
This six week course will focus on the designing of a single instrument from start to finish. Students will follow the process of designing both an electric guitar and an acoustic guitar from it's origins on paper to it's final construction stages. The molds, jigs and fixturing process will be explained and blue printed so the student will leave with the ability to make their own guitars using the processes shown in class.

With all classes students will receive a list of all personal tools needed for the class.
Posted by Todd, TLGuitars at 5:16 PM No comments:

Announcing: The School at TLGuitars. 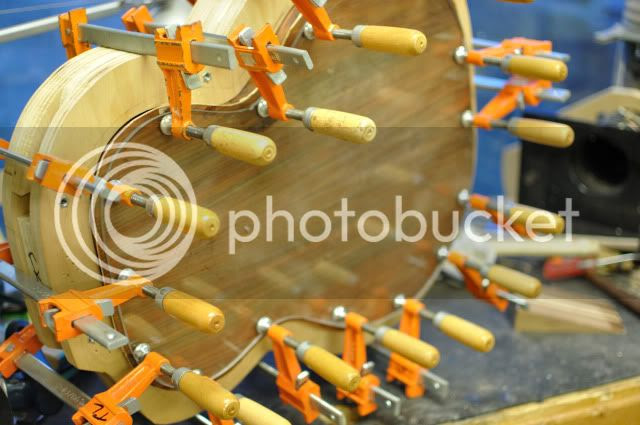 After years of touring and production work Todd Lunneborg has decided to start teaching Guitar Construction classes from his home shop in Andover MN.

The School at TLGuitars will offer classes in Acoustic and Electric guitar construction as well as classes in both basic and advanced guitar design, tooling and jiggery.

“Minnesota is a modern hub for world class guitar makers, the best of the best are all here in Minnesota,” says Mr. Lunneborg, “If I can share that sense of local history, passion for guitars made locally, and have that translate over to my build students; what could be better?”

After the success of the first two Acoustic guitar construction classes, Todd decided to move from a local wood stores cabinet shop set-up classroom to his own shop in Andover.

“While my shop is a little out of the way for most people, there’s no match for a real guitar shop as a classroom setting, it’s already perfectly climate controlled and tooled up for any correction that my be needed, on the spot, during the education process,” Mr. Lunneborg said. “My shop is a much better space to learn the art of guitar making; that’s how I want to teach.”

Todd Lunneborg has been building and repairing guitars for nearly 20 years. Along with his regular customers, and new commissions, he is a regular contributor to the Fretboard Journal Magazine.

Michael Gulezian: From Tears to Giggles and Screams!! 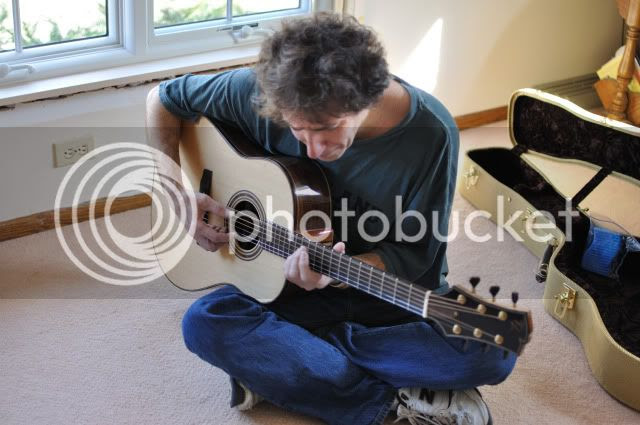 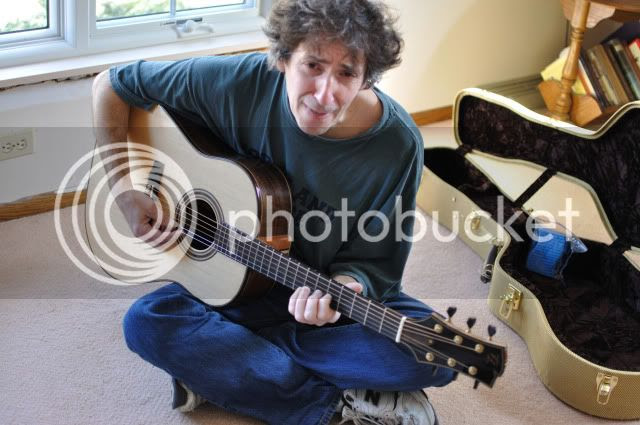 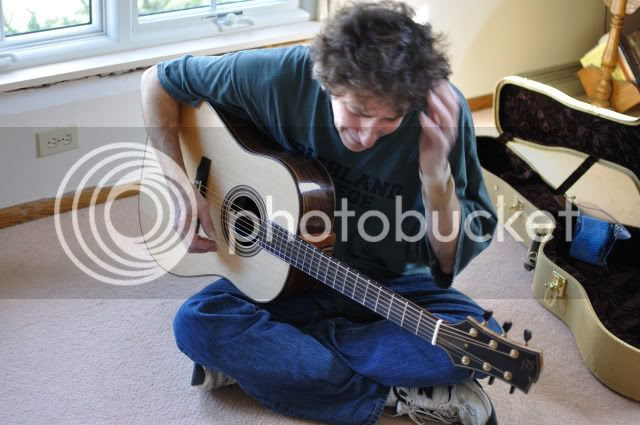 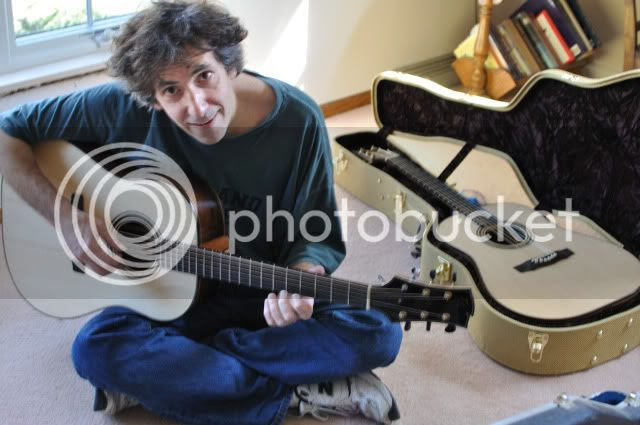 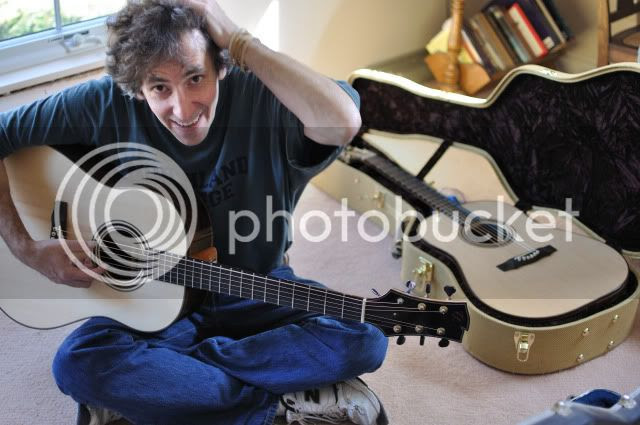 So I finally finished the next 2 GH's and delivered them to my pal Michael Gulezian for approval.

There's something that happens when you move past the ambition to sell something... to be a "Luthier" for the sake of sounding cool and important and magazine worthy; into just letting the work serve your friend and his passion. The core of building for me is my own passion (that same passion I think) and the connection I have with my friends. God knows they aren't just "customers" when it's this much fun and so connected to myself.

Michael and I met at a college concert Booker's convention when I was a Sophomore at St. Olaf. I was a "serious" Fingerstyle major and "Hot-Shot-Snot" to match my playing 6-10 hours a day; I was the coolest and knew it all (according to me). I came across Michael's booth when Michael was not there and I started reading his press that was out on the table and I came across the quote "A great Guitarist, my kindred spirit" - Michael Hedges.

Now, Hedges was my God back then (still is really) and to find a Hedges quote saying that this guy was good, well I needed to meet him. So I stood around and waited and Michael came up and we, started. Now with Michael you don't just "start." He is a man with passion and quirks that range from a laugh that shakes the walls of any room he's in to crying hysterics that rumble through his core when speaking of something that's just not as it should be... or right with the world. There's no level 1-7, it's 8-10 all the time on every subject; in every setting.

After a few minutes talking he ordered me into a stairwell, serious a stairwell! He grabbed his guitar case in one hand and my arm in the other and ordered me to come with him. Now we we're in a large civic center so the stairwell was the closest private space (obviously) and upon arrival he ransacked his guitar case and threw his guitar to me, sat down like a 4 year old waiting for story time (expectant grin and all) and asked, "Play?"

I tuned and started to play...

Remember, there's something that happens when you move past the ambition to sell something... past the point of acting cool- cooling out your audience because your "the best," playing the hardest thing you know because you want them to think, "man that's impressive" and you just let yourself play. He heard me. The core of my playing and my abilities. Half way through the first tune he screamed and laughed and our stairwell rang; through all 4 flights of concrete and steel and for what seemed like minutes or pure hysterical reverb. Shivers down your spine sort of thing.

There's nothing like that connection, person to person, spirit to spirit. That stairwell conversation shaped my life the same way my best mentors have always shaped my life. Just 20 minutes, player to player and I was affected in a way not many ever are.